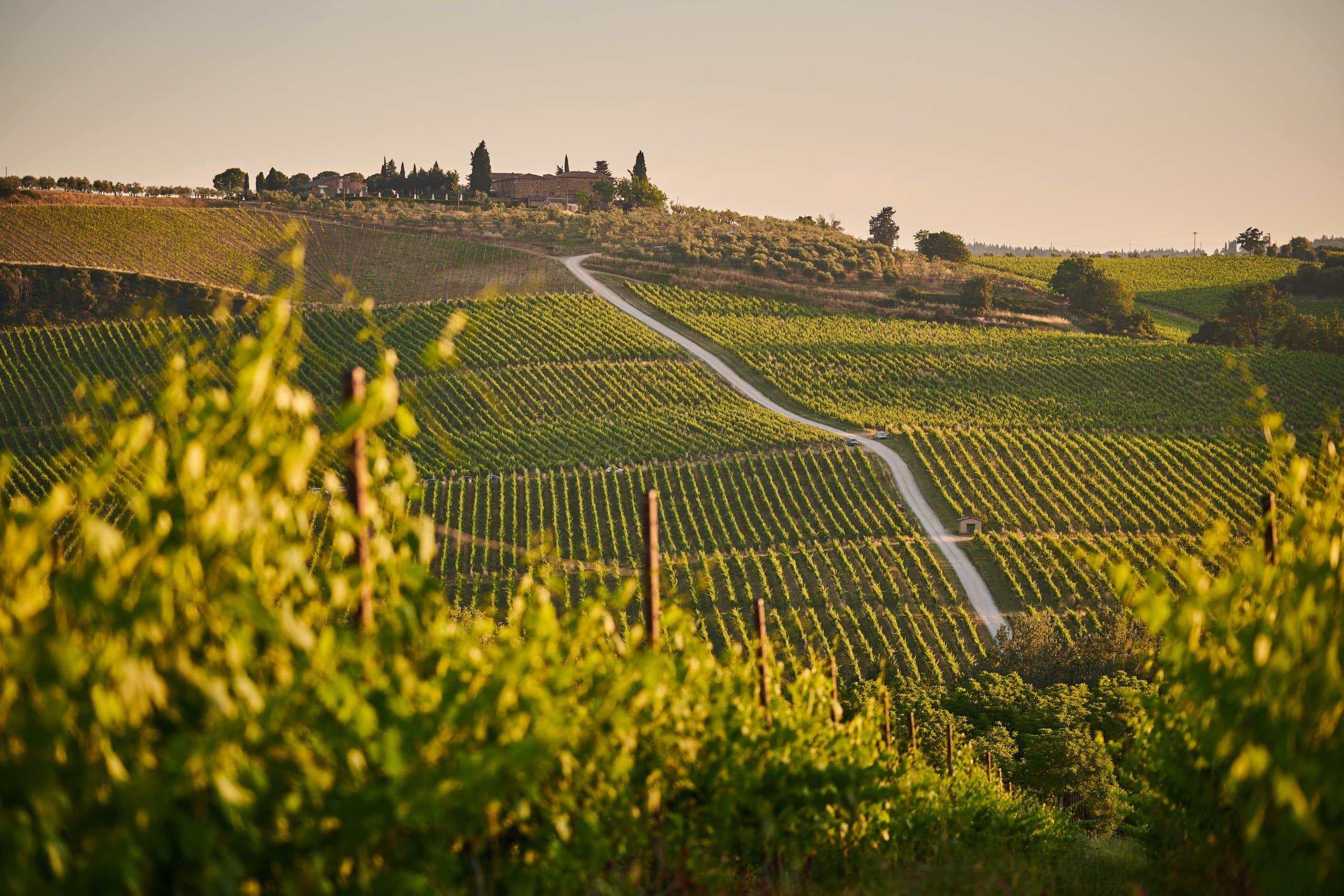 Big on flavour and big on price – Super Tuscan wines had a seismic impact on Italian winemaking when they were first produced, and their popularity is as strong as ever. What made them so ground-breaking – and so popular that a whole new designation was created to accommodate them? And how do you know if you’ve got a bottle in your hand? Here’s our super-simple guide to Super Tuscan wines…

What is a Super Tuscan wine?

The History of Super Tuscan wine.

How to spot Super Tuscans.

Is Super Tuscan the same as a Chianti?

Why are Super Tuscans so expensive?

What is a Super Tuscan wine?

A Super Tuscan is a wine that’s made in a particular way – a style developed in the Tuscany (Toscana) region of Italy duringin the 20th century, that was quite unconventional at the time. Super Tuscans are made using a generous portion of French grape varieties – most commonly cabernet sauvignon, merlot and syrah – grown  in Italian soil, and sometimes combined with more traditional Italian grapes as well, but not always. It’s then matured in the sort of barrels favoured by French winemakers (barriques). All this means that a Super Tuscan red wine is full-bodied and rich, and is infused with the tannins, spice and vanilla flavours from the oak barriques. They age extremely well.

Italian wine laws are very strict on using native grapes varieties, though – and by definition, a Super Tuscan requires varieties that originated elsewhere. This meant that when it was first created, wine laws gave Super Tuscan the lowliest classification of all: Vina da Tavola. But those Super Tuscans wouldn’t put up with that for long. So pour yourself a glass of something tasty, and settle in – it’s time for a little wine tale. Here’s where it all began…

The History of Super Tuscan

Once upon a time (in 1930), the Marchese Mario Incisa della Rocchetta got married. As a wine enthusiast, he was no doubt delighted that his wife’s dowry included a 7500 acre wine-making estate outside the coastal village of Bolgheri in Tuscany. This region was well-known for producing easy-drinking harvest wines, but the Marchese had bigger plans: he wanted to create wines that brought to mind rich Bordeaux, that could command the prestige and reputation of the Chiantis which were produced by his near neighbours.

So he began cultivating French grape varieties in Bolgheri for private consumption. By the 1960s, he was so pleased with what he’d produced that he made his first commercial release, with the Sassicaia 1968 vintage. This was met with widespread popularity and acclaim, and is now known as the first ever Super Tuscan blend.

But Tuscany’s strict wine designation laws now came into play, and they decreed that the Sassicaia be labelled Vina da Tavola, or “table wine” – the lowliest classification going. So in spite of the innovation, fabulous flavours, and high regard for the end result, Super Tuscan wines could never be designated as any better than a basic product on the consumer market – and couldn’t hope to enter the world of officially-designated Italian wines, or Denominazione di Origine Controllata (DOC).

So a movement began to change all this – fuelled further in 1978, when a bottle of 1972 Sassicaia came first in a blind-tasting event, going up against dozens of other Bordeaux blends. Prestige, recognition and international renown came overnight, and the Italian government were eventually forced to act, creating a new wine classification in 1992 called Indicazione Geografica Tipica (IGT) – one step up from Vina da Tavola, and giving Super Tuscan wines the official recognition they deserved.

How to Spot Super Tuscans?

The blind taste testers in 1978 couldn’t figure it out, but fortunately it’s very easy to spot a Super Tuscan when you’ve got the label! It won’t be emblazoned across the front, but you can be pretty sure you’re handling a bottle of Super Tuscan if you can see the clues:

The Marchese’s dream was to create wines that recalled the flavour and richness of a Bordeaux, and his experimenting paid off – the best Super Tuscan wines exude vanilla and spice, with dark fruit flavours like blackberry and cherry, and have an oaky finish. This is a long way from a lowly table wine – and from the easy-drinking post-harvest tipple that used to come out of the estate!

Is Super Tuscan the same as a Chianti?

They’re both made in Tuscany, and their makers combined their efforts to bring about change to the wine classification system – but that’s where their common ground ends. Super Tuscan red wine is, by definition, made up of grape varieties that originated abroad – and for a wine to be labelled as Chianti DOC, it has to contain at least 80% sangiovese grapes. These grapes must also be grown in one of the strictly-approved Chianti areas that can be found between Sienna, Florence and Arezzo.  But even the top Chiantis don’t achieve the prices that the best Super Tuscans can command.

Try a Chianti and Super Tuscan together.

Why are Super Tuscans so expensive?

Super Tuscans are now officially Italian wines, but they still fall short of the DOC-classified, pure-bred grape variety pedigree that many Italian winemakers are so proud of. So why is it so expensive?

The simple answer to this is its rarity, and how very popular it is.

The ageing process gives each batch of Super Tuscans the perfect drinking window, and until that window is reached, it’s not for sale. That creates a build-up of demand that supply is unlikely to match – which drives up the price. And this wouldn’t work if Super Tuscans weren’t so insanely good to drink, of course – and when they’re mentioned by the Obamas, the Beckhams and other media royalty as their wines of choice, that demand and value only gets higher.

They don’t all command those A-list celebrity prices, and at Handpicked Wine Box we’ve got a selection of top Super Tuscans to suit all budgets.

The Ultimate Guide to Tannins

You can find out more about which cookies we are using or switch them off in settings.

This website uses cookies so that we can provide you with the best user experience possible. Cookie information is stored in your browser and performs functions such as recognising you when you return to our website and helping our team to understand which sections of the website you find most interesting and useful.

Strictly Necessary Cookie should be enabled at all times so that we can save your preferences for cookie settings.

If you disable this cookie, we will not be able to save your preferences. This means that every time you visit this website you will need to enable or disable cookies again.